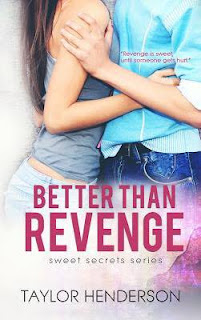 Ever since Violet Forrester first moved next door to Brianna, she has been tortured relentlessly…
It seems like Brianna has everything, and yet she still doesn't have the one thing she really wants; the one thing that Violet cares about the most—Blake Edwards.
After years of letting Brianna walk all over her, Violet’s finally had enough. She’s tired of sitting back and watching Brianna flirt with her boyfriend, steal her friends, and push her around. She’s finally ready to stand up for herself.
To do this, Violet and her new friend, Lena, devise a plan to make Brianna realize that not everything is hers for the taking, and Violet knows the perfect way to do it…


After all, nothing is better than revenge.


That is, until someone gets hurt. 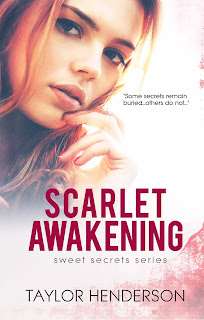 With the drama of the school year behind them, sisters Lena and Ella Snotty are off to California for the summer…
Their parents have recently separated, and the sisters are becoming closer, though Lena can’t get past wanting to know more about their fractured family. While unpacking, Lena finds a photo of their mother with the twins she gave up for adoption, and notices something very strange.
In the photo, there’s a man she’s never seen before…
Assuming it must be the man who adopted the twins, Lena and Ella set out to find him so they can meet their younger siblings. As they search, Lena reconnects with Carter Anderson, the boy she dumped abruptly the year before, causing her to wonder whether or not she should return to Virginia in the fall.
Did the man in the picture truly adopt the twins—or is John Symmes someone else altogether?
A journey through the past might just change their lives forever… 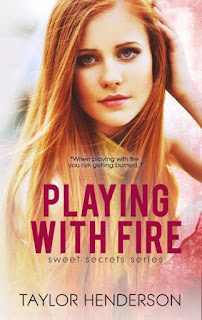 Ella Snotty is worth more than a quickie…
After a family scandal tore their family apart, seventeen-year-old Ella chooses to stay in California with her mom for the rest of the school year. Things are lonely since her sister Lena went to live with their dad. But at least she has her new boyfriend, Shane Quinn, to make things a little less depressing.
Ella isn’t the only girl who thinks Shane is swoon-worthy…
Shane takes Ella out to blow off some steam, and the party isn’t short on alcohol. When a tipsy old flame “falls” into Shane’s lap, her spontaneous kiss makes Ella more than a little jealous. And when details of Shane’s dating history surface, Ella is determined to be more than a fling.
The V-word will slow things down…
Afraid Shane wants to use her for a little fun, Ella lies and says she’s a virgin. According to his reputation, Shane has commitment issues. Maybe it’ll make him stick around long enough for them to form a real connection before the physical sparks fly. But is he worth the lie? And what happens when both of their insecurities come crumbling down like a house of cards?
She wants his heart. He’s afraid to commit. As the pressure mounts, will they find comfort in each other? Or will they learn that when playing with fire, you risk getting burned? 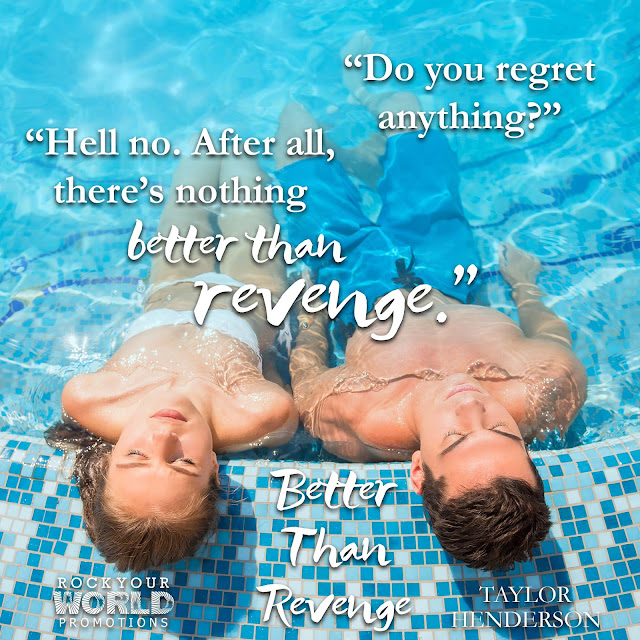 The hot summer sun was beating down on us as we sat together on the side of the pool. Leaning forward, I dipped one foot into the water and made small circles, causing the clear water to ripple and shine in the bright sunlight. I could feel the heat radiating off of his body as he snaked his arm around my waist. Despite the heat I leaned into him, resting my head on his shoulder as I breathed in his scent. The strong smell of his aftershave mixed with citrus from his shampoo enveloped me, fogging my thoughts.
“Want to take a swim?” Blake looked at me with a small smirk on his sun-tanned face that made my heart melt.
I couldn’t help but notice the way his blue eyes twinkled every time he looked at me. A small breeze blew a few strands of his black hair into his eyes as I cupped his cheek with my hand.
“I dare you,” I whispered as I leaned in closer to him, pressing my lips gently to his.
He kissed me back softly, allowing his lips to mold and move in sync with mine, before pulling back and smirking at me. “I never turn down a good dare!” he exclaimed with a laugh as he shoved me into the pool.
The cold water slapped against my body, folding in around me on all sides until I was completely submerged. I had just barely managed to take in a breath before I had been so rudely shoved into the pool, and I was thankful that I had. When my toes touched the bottom of the deep end I kicked off of the concrete, propelling myself back upward. Once my head broke the surface I rubbed the chlorinated water from my eyes and squinted up at where Blake had been sitting moments ago.
A chorus of giggles erupted from the opposite direction and I turned my head to see Blake walking toward the fence that separated my yard from my neighbor’s, laughing at something that Brianna, the stuck up princess who lived next door, had said. She giggled, tossing her hair lightly as she spoke again, leaning her body against the wooden fence. As Blake drew near her, she leaned her body forward and pulled him into a tight hug, pressing her chest to his body while rolling her eyes at me, and smirking. I responded with a glare that only deepened when she mouthed the word, “Mine,” before she pulled away. The only word she has known ever since we were little.
Since I was younger, and even now, Brianna has been associated with some of my worst memories. As I watched her talk to my boyfriend while tossing me sly glares I remembered seventh grade when Brianna had done everything in her power to make my life miserable. Not even a month into the school year she had found a way to turn all of my friends against me. She dug a hole into my friend group, put herself in, and took me out. She had a leader quality in her, that was for sure. All of my friends followed her in spreading rumors about me, and isolating me from the main group.
I had learned at a young age how to entertain myself, and I had even gotten use to being alone. Her actions, and the actions of my so-called friends had shown me that trust shouldn’t be doled out easily. Trust is something to be given to those who deserve it. That was something that had stuck with me, and was probably the reason I had so few friends to this very day.
Logically, I knew that I was able to change that, but my trust issues ran deep, and I blamed Brianna. Even at a young age she had been conniving and evil. Nothing about her personality has really changed. She’s still conniving and evil—just more so.
That was just one of the many times that the stuck up bitch, formally known as Brianna Richardson, had taken something that was mine and made it hers, and I was tired of it. Brianna was the type of girl who had been spoiled and put on a pedestal her whole life, and I hated people like that. I wanted to rip the silver spoon from her smirking mouth and shove it where the sun doesn’t shine. It was about time that she learned other people have feelings too, and I was just the person to teach her that. 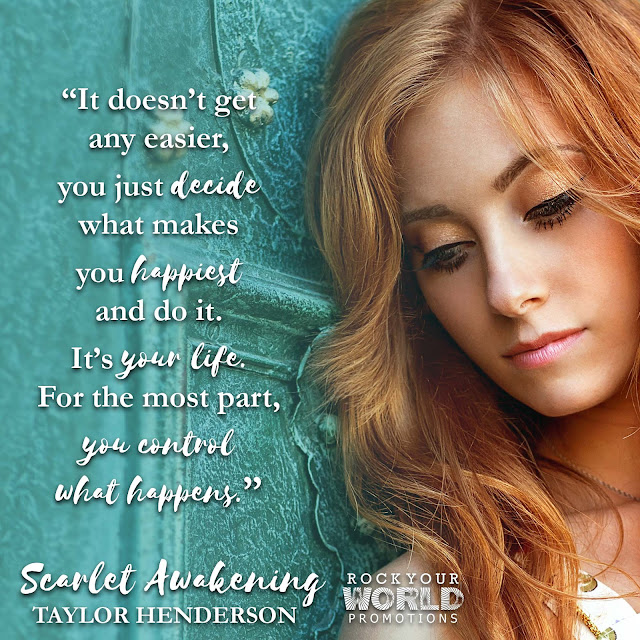 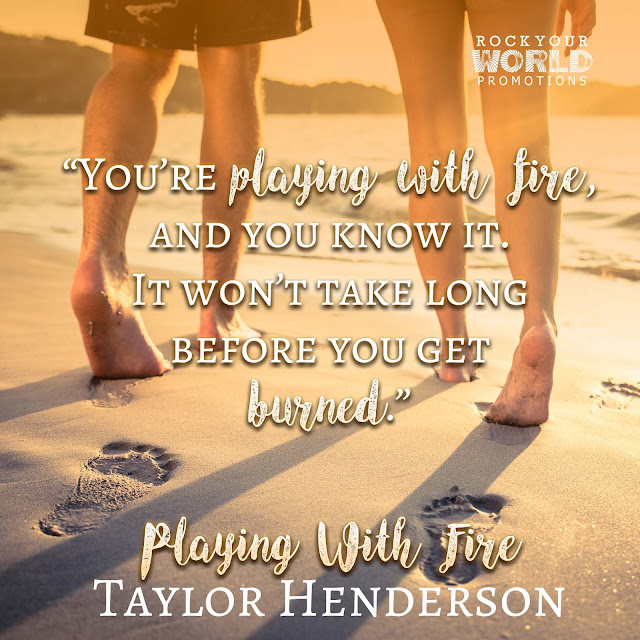 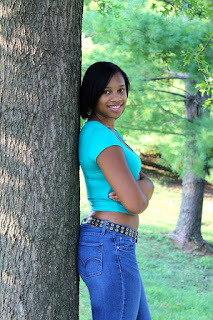 Taylor Henderson is a psychology major at the University of Mary Washington who was born and raised in Northern Virginia. She has been an adamant reader and writer since she was young, and has always found solace in the worlds and characters that other authors have brought to life in their works. Taylor plans to continue writing, and hopes to expand to different genres in the future.